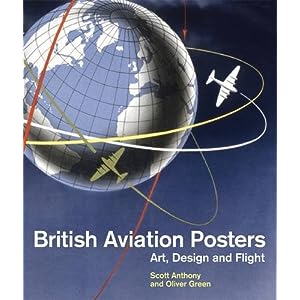 Although based in the Bay Area, Max Trescott has brought our attention to the Aviators Guide to Ireland, a 400-page guidebook that includes detailed photos and information about 210 airstrips in Ireland.

Max pointed out in his post about book that while the cost of flying in Europe can be outrageous (as many of our readers already know) but Ireland tends to be an exception as most airports do not have landing fees. That’s because most Irish airports are privately owned grass strips maintained either by farmers and aviation enthusiasts.

As you can see from a sample airport entry below, the guide offers pilots everything they need to know about an airport or landing strip:

And in case you have not gotten a chance to fly over to or above Ireland, check out this Above & Beyond video about Ireland:

Christmas will be here in less than two weeks and in case you are a non-pilot who has not gone out and bought a present yet for the special pilot in your life (or perhaps you are a pilot who wants to drop a few hints), Jason Schappert of the MzeroA blog has put together a short video with three great stocking stuffer ideas. Jason’s three gift ideas? The Airshow America DVD, Pilot Life T-Shirts and of course, his new book: The FAR/AIM In Plain English.

We suspect that many of our pilot or would-be pilot readers will be grounded for the winter but Jason Schappert of MzeroA.com has put together his ultimate private pilot reading list of the top 10 books that should be on every pilot’s or student pilot’s shelf. His list of books included the following:

Are there any other books that should be added to Jason’s ultimate list?

Hat tip to the the Winged Victory Women in Aviation Webzine, which over the past few weeks, has posted book reviews of the following books about fascinating female pilots that should be on any pilot’s summer reading list: 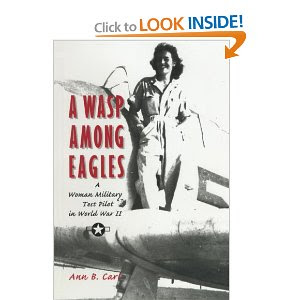 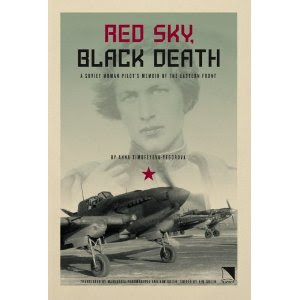 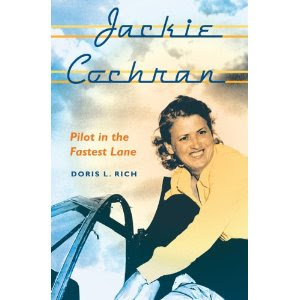 A WASP Among Eagles: A Woman Military Test Pilot in World War II. This autobiography narrates the story Ann B.  Carl who was the only American woman to test-fly experimental aircraft during WWII. Moreover, she was the first woman to fly a jet aircraft.

Red Sky, Black Death: A Soviet Woman Pilot’s Memoir of the Eastern Front. This biography tells the fascinating story of Anna Yegorova who first flew wooden biplanes on reconnaissance missions during World War II and then became a flight leader who flew “Shturmovik” ground-attack aircraft. However and after being shot down and captured near Warsaw, she spent five months in a Nazi concentration camp only to be further persecuted and treated with suspicion after the war by the Soviet secret police. Yegorova was eventually awarded the illustrious “Hero of the Soviet Union” award in 1965.

Jackie Cochran: Pilot in the Fastest Lane. This biography tells the story Jackie Cochran, who helped to create a fleet of female pilots (which she commanded) during World War II and the first woman to break the sound barrier. However, the book also noted that Cochran was: “scheming, manipulative and known to bend the truth so it would work to her advantage.” 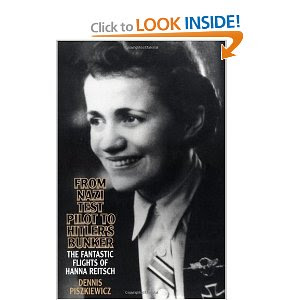 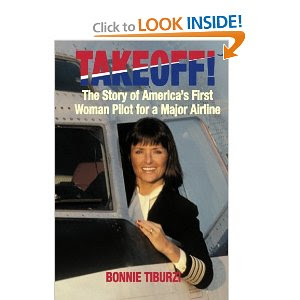 From Nazi Test Pilot to Hitler’s Bunker. This biography narrates the story of how Hanna Reitsch excelled as a glider and test pilot in Nazi Germany. During the final days of the war, she flew to Berlin to join Hitler in his bunker only to be ordered to fly out again to rally the Luftwaffe to save the Reich. However, Winged Victory also noted that four reviewers on Amazon.com have given the book one star – claiming its both poorly written and biased against its subject.

Takeoff!: The Story of America’s First Woman Pilot for a Major Airline. Takeoff! tells the story of Bonnie Tiburzi, who at age twenty-four, became the first female pilot to be hired by a major United States airline. In fact, she was so eager to fly that she had flying lessons at age twelve and got her pilot’s license at age nineteen. 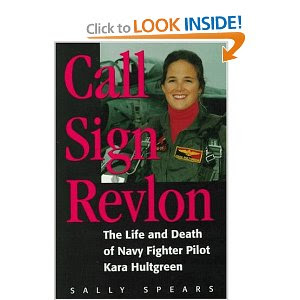 Spreading My Wings: One of Britain’s Top Women Pilots Tells Her Remarkable Story from Pre-war Flying to Breaking the Sound Barrier. This autobiography narrates the life of Diana Barnato Walker, the daughter of millionaire racing driver and the granddaughter of the cofounder of the De Beers mining company, who flew scores of different aircraft during World War II. She also flew a Lightning through the sound barrier in 1963 to become “the fastest woman in the world.”

Wings Around the World: The Exhilarating Story of one Woman’s Epic Flight from the North Pole to Antarctica. This autobiography tells the story of Polly Vacher who wanted to be the first pilot to complete a solo flight around the world by flying via both Poles in a single-engine aircraft .

Callsign Revlon: The Life and Death of Navy Fighter Pilot Kara Hultgreen. Written by the mother of Navy Lt. Kara Hultgreen, the first woman to fly a high-powered Tomcat in a fighter squadron, this biography tells the story of her life and death in an October 1994 crash during an attempt to land on an aircraft carrier. Her death would spark a heated debate over whether she was qualified to fly and whether or not women should serve in combat.

If there are any other inspiration books about female pilots that we have left out, let us know in the comments section below.

General Aviation News has just noted that Sporty’s has released its list of suggested aviation books that pilots or would be pilots might want to consider adding to their summer reading list. These aviation books (with links to Amazon.com.uk and other online book sellers) included:

Stick and Rudder: An Explanation of the Art of Flying by Wolfgang Langewiesche. An all-time classic book about the “art of flying.” It was actually first published more than 60 years ago in 1944 and it still remains relevant even today.

Weather Flying by Robert N. Buck. This book was written by the late chief pilot for TWA who also had untold thousands of hours of in the cockpit. The book is considered to be the bible of weather flying.

Unforgettable: My Ten Best Flights by Lane Wallace. This book is perfect for pilots and non-pilots as every chapter covers one of Wallace’s favorite flights.

The Next Hour: The Most Important Hour in Your Logbook by Richard L. Collins. This book serves up plenty of practical tips about managing the risks associated with flying and aviation.

Bahamas and Caribbean Pilot’s Guide by Pilot Publishing Inc. This handy guide includes photographs of every airport in the Bahamas and the Caribbean. Its also the perfect tourist guide for the region.

Instrument Flying Update by John Eckalbar. For pilots who need to brush up on their instrument training, this book will be a must read.

Are there any other aviation books that should be added to this summer reading list for pilot?