The Civil Aviation Authority (CAA) has told BBC Newsnight that large unmanned drones or UAVs could be flying in British skies by the end of this decade and that they have already handed out 120 permits to fly small, lightweight drones. And while the merits of allowing more drones in British airspace can be debated, what’s clear is that its already legal to fly one if it weighs less than 20kg and flies more than 150 meters from a congested area.

However, there are exceptions and certain rules that must be followed. To begin with, using drones for any commercial activity (like aerial photography) will require permission from the CAA with permission already having been given for inspecting power lines and doing crop surveillance as well as for police use. Moreover, direct visual contact with the drone is required at all times. 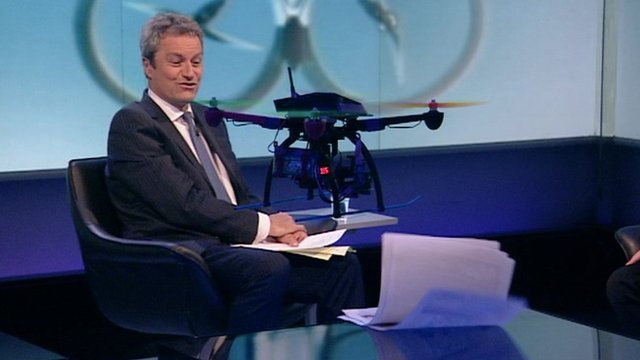 If the drone is larger than 20kg, the CAA will need to approve its use the same way that commercial aircraft is approved for use in British airspace but the CAA has also made it clear will not approve such drones until it is convinced that they can automatically “sense and avoid” other aircraft. So far, that’s also the missing link in drone technology.

However, critics also say that the general public is unaware of just how quickly the drone market is developing and the consequences of that development. Over in the USA, the FAA has predicted that by 2017, 10,000 unmanned commercial aircraft will be flying over American airspace – a trend that has already led to campaigns to make some cities “drone free” as well as plans for a privacy bill that would require operators to inform the government of just what data is being collected.

In the UK, the BBC quoted privacy campaigner Chris Coles (who runs the Drone Wars blog, which looks to be more of a blog against the use of drones in warfare) as saying that very few members of Parliament are talking about drones and that no proper discussion or debate is happening yet in the UK.

Hence, what do you our readers think about the coming increased usage of drones in British airspace? Moreover, should drones larger than 20kg be allowed – even if they have “sense and avoid” technology?