Not long ago, we mentioned an article about resurrecting lost RAF spitfires in Burma, a fairly questionable quest given that country’s wet and humid climate but the Daily Mail has just reported aviation’s equivalent of finding Tutankhamun’s tomb in the form of a well preserved RAF Kittyhawk P-40 lost over the deserts of Egypt.

Apparently, Flight Sergeant Dennis Copping from Scotland, who was part of a fighter unit based in Egypt during the North Africa campaign against Rommel, must have lost his bearings while flying the damaged Kittyhawk to another airbase for repair. After crash landing, he then took whatever he could salvage from the aircraft and wandered into the desert.

Since the crash site is about 200 miles from the nearest town and no human remains have been found at the site, its believed that the pilot’s decomposed body may lay anywhere within a 20 mile radius of the aircraft (Copping is not known to have any close living relatives).

Seventy years later, an oil worker exploring the region discovered the aircraft, which happens to be close to a smuggling route from Sudan and Libya – meaning the area is not the safest place to be. As for the aircraft itself, its heading home to Britain as the RAF Museum at Hendon, north London, is planning to recover the aircraft for exhibition in the future and hopefully before anyone else rediscovers it and strips it for souvenirs or scrap.

Below are just a few of the amazing pictures of the crash site that you can see more of on the Daily Mail’s website. 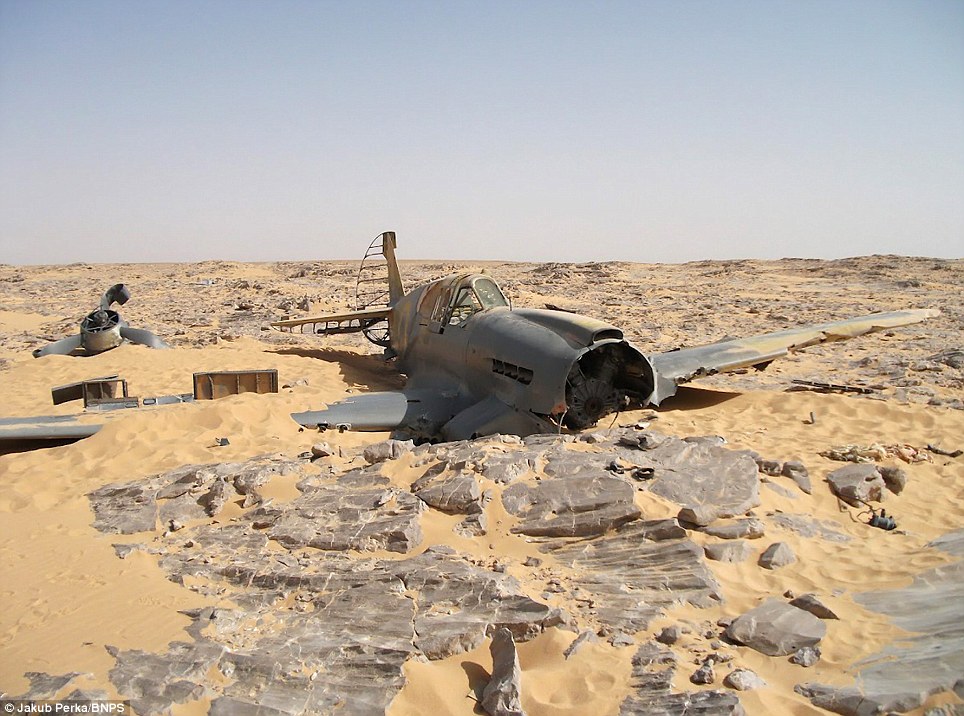 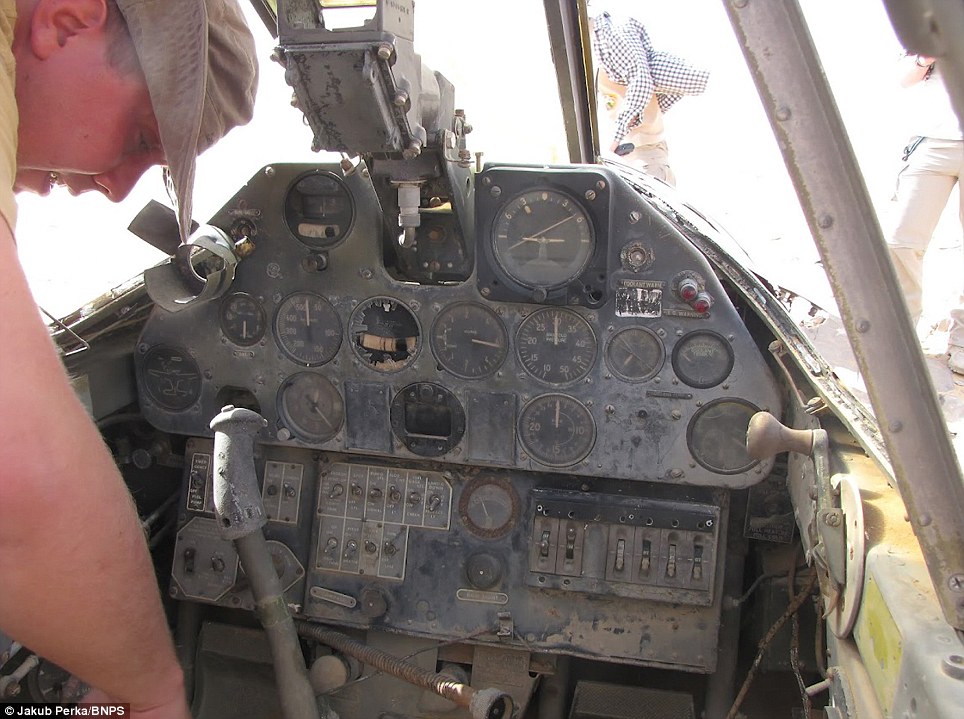 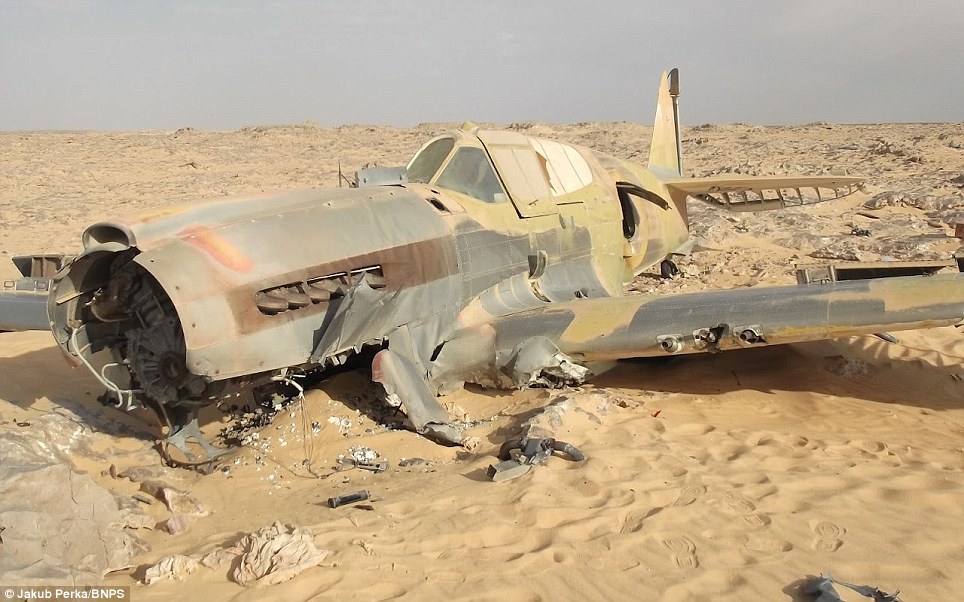