We recently mentioned how Finnair teamed up with Finnish design and fashion house Marimekko to create a cool new livery on a Finnair Airbus only to run into a small problem at the end of May: The design known as “Metsanvaki” (forest folk), which was drawn by Kristina Isola, was actually a copy of a work by Ukrainian folk artist Maria Primatshenko who died in 1997. Here is the original 1963 work by Primatshenko entitled, “The Rat on Her Travels:” And here is the work by Kristina Isola (minus the animals):

You can also use a slider to do a side by side comparison on the website of Helsingin Sanomat here.  Finally, here is the Finnair livery: 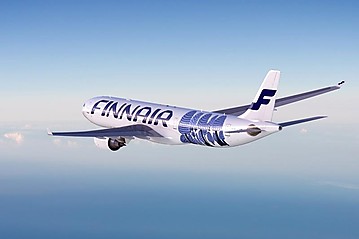 Apparently, someone owning an old Russian and Ukrainian language book about Ukrainian folk art recognized the livery was a copy and alerted a Finnish newspaper.

It should be noted that Kristina Isola is well respected in the Finnish design world because her mother, Maija Isola, helped Marimekko’s rise to international prominence in 1960s and 1970s as she designed many of the firm’s classic fabric patterns. With that said, the Wall Street Journal pointed out:

There are varying opinions about the potential financial repercussions that Marimekko could face in relation to a plagiarized design. Ms. Pryimachenko’s works were created in the old Soviet Union which didn’t recognize artistic copyright, and an expert quoted by Helsingin Sanomat said it is open to interpretation whether the Berne Convention governing international copyright is applicable to this case.

The original painting is now owned by the National Museum of Ukrainian Folk Art – which is apparently seeking legal advice over the incident. Finnair will continue to collaborate with Marimekko, which provides the airline with designs for textiles and other products; but it will or may have already painted over the design on the aircraft with the repainting bill being negotiated with Marimekko.

However, one does have to wonder why Kristina Isola did not quietly fess up to copying the work before it was painted on the aircraft for all the world to see. After all, someone was bound to recognize the plagiarism once it appeared on the side of an Airbus used on flights to New York and Asia!