The Wales Air Forum has reported more laser pen attacks on aircraft arriving and departing from Cardiff Airport. Specifically on August 14, a laser was shone at an airbus A320 that seats up to 180 passengers while on August 20, the South and East Wales Air Support Unit posted a Tweet that they were looking for someone who was shining a laser at aircraft.

Last year, there were 1,900 reported laser attacks on aircraft in the UK with major hotspots being Manchester, Glasgow, Birmingham, Leads Bradford and Heathrow while 28 incidents were reported on flights arriving or departing out of Cardiff Airport (1.47% of all incidents reported). So far this year, there have only been 10 laser attacks at Cardiff Airport – suggesting that total numbers will be down this year but still far too high.

At the end of August, we noted four separate laser pen attacks on passenger aircraft near Leeds Bradford Airport at Yeadon in West Yorkshire and we also pointed out that a quick search on Amazon.co.uk reveals plenty of laser pens available for just £1 to £5.

We did note good news in that the number of laser pen attacks on aircraft flying into Leeds-Bradford Airport had fallen after a law was passed to make shining lasers at aircraft a criminal offence (but that particular airport remains one of the worst-hit airports in the UK with 22 incidents up until June verses 80 during the whole of 2011).

On the legal side of things, Article 222 of the Air Navigation Order now states that:

A person must not in the United Kingdom direct or shine any light at any aircraft in flight so as to dazzle of distract the pilot of an aircraft.

Offenders can also be charged under Article 137 of the Air Navigation Order for the more general offence of recklessly endangering an aircraft. 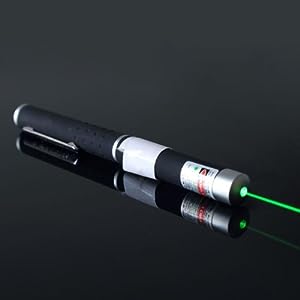 Obviously its dangerous to shine a laser pen at any aircraft during the most critical phases of the flight as the laser can illuminate the entire flight deck and blind a pilot for up to 10 seconds followed by over a minute or up to several minutes of impaired vision. If an aircraft is on final approach at 1,000ft, it has just one minute before reaching the threshold of the runway to touch down. Hence, the dangers of laser pen attacks are all to obvious.

If you are ever the subject of a laser pen attack, be sure to quickly report the incident to air traffic controllers right then and there along with the general direction of where you think the laser was shone from so that they can notify police to search for the culprits.