We have touched on soft field or grass runway landings in the past (see here and here), but Matt Dearden, the British pilot behind the Bush Flying Diaries, Indonesia blog, must deal with slippery and slopping grass or dirt landing strips on a daily basis. In a recent post, Matt 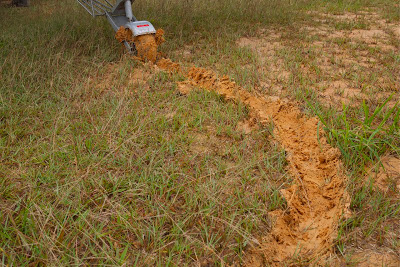 made the observation that worst kinds of grass airstrip he encounters are the pure grass ones grown on soil/dirt because the locals tend to build them with a pronounced crown with a slope on either side along with a ditch to catch the water and any wayward aircraft – especially those with a tailwheel.

That means you must land in the middle of the airstrip (who’s condition is next to impossible to judge from the air) and Matt noted that the proper technique is something you have to judge depending on:

…. how fast you’re going, how much runway is left and how close to the edge you’re drifting. Braking the opposite wheel can help but if it’s really slippery you sometimes have no option but to add power and get some airflow over the tail to help pull the aircraft back to the centre.

Matt added that the fun continues even when you are at taxi speed because a fully laden Porter can weight is 2660kgs and its easy to get stuck in any mud if you don’t keep the aircraft moving while the hardest part will be making a 180 degree turn.

Likewise, getting ready for take off is also not easy – especially in a tailwheel and on a slope because you can get stuck just as easy while trying to maneuver or if you stop.  Obviously there is a bush pilot trick to handle that, but Matt wrote:

It’s quite a curious feeling when all three wheels are sliding sideways and the only way to stop it is to add power and turn into the slide.

In other words and even if you aren’t taking off and landing on remote grass landing strips in the jungles of Papua, it might be worth it to check out Matt’s blog for tips about landing on grass runways in rainy Britain.